Men are human beings too who have emotions, they can become weak, and they also need someone to encourage them. Fatherhood ought to be emphasized as much as motherhood. Your children don’t have to see the soft side, but they need to know that you are not perfect. In this article, I’ve written some myths about fatherhood.

“It is a wise father that knows his own child.”

Fathers are blessings. The impact of a father on the life of a child is indelible. Fatherhood is not a right given but earned. Fathers are great people, loving and caring. They are like a scale on which we measure our achievements. We seek approval from them even when we don’t ask for support verbally. The word “I’m proud of you” is powerful and motivating when it comes from our fathers. Recent events have shown that many people do not understand the meaning of fatherhood. I see men labour so much while they are young, and their children despise them.

Some men live their life labouring for the future of these children, and they end up disappointed when those children do not value their efforts. They begin to think about where they have gone wrong while raising these children. We know you love these children, but they do not understand your show of this love. The world has made us think men need to be complicated, complex, and uneasy to please.

“When I was a boy of 14, my father was so ignorant I could hardly stand to have the old man around. But when I got to be 21, I was astonished at how much he had learned in seven years.”

Myth No 1: I AM THE HEAD OF THE FAMILY, AND MY WISH IS THE LAW

It is a common belief that whatever the father says is what the whole family must follow. The thought has made us train rebellious children who act out to show they are humans. Over the years, we have learnt that most homes where this approach seems to work were because the other partner kept quiet. I believe that the father is the head of the family. He is the leader of the home; yes, he truly is. It doesn’t mean that he has the sole right to make all decisions. The whole family should be active in making crucial decisions that may affect everyone.

A lot of children grew up without understanding the importance of communication. They do things without a sense of responsibility or commitment. Some of these children turned out this way because they grew up in a home where they never learned responsibility. they never had a voice! Fathers, please let decide with the parties involved in your home who will be affected by the decisions.

You are the head, which implies that you should raise a responsible and open-minded family.

MYTH NO 2; MOTHERS ARE RESPONSIBLE FOR CHILDREN’S UPBRINGING.

Mothers are fabulous and strong. Sometimes, I wonder how I can juggle so many things. My ability to multitask amazes me. It doesn’t mean I can train our children alone. In my culture, we have an adage that says a good child is his father’s while a bad one is his mother’s. Boys grow up thinking they should provide for the family, and the girls believe raising children is their sole responsibility. Children grow up worshipping the parent who showed them the most attention.

Fathers should please be active in the training of their children.

Other posts about family

Fathers are human beings too. They have emotions, and there should be freedom of expression. Bottling up emotions can cause so many health issues. Maybe this is why men tend to have a higher rate of developing high blood pressure than females.

Fathers, please show your emotions and let your children know you’re alive. Let them understand your reactions to emotional issues. Show them that it’s ok to feel discouraged sometimes but what you channel your emotions into is what matters. Let them know when you paid for their school fee.

Do not hide when you buy something for them. Don’t be deceived; if your children don’t know you did those things, they’ll only assume their mother is in charge. They’ll grow up thinking they don’t owe you anything.

“Any fool can have a child. That doesn’t make you a father. It’s the courage to raise a child that makes you a father.”

We picture fathers as someone who never cries, lord over their home, and discipline their children. We have forgotten that the reason for parenting is training a child to go on the correct part. Fatherhood is beautiful when it is understood. Children appreciate a loving father, not a tyrant. Many men grew up believing these myths, which formed their idea of fatherhood and how to raise a family.

Many men live in total dismay; they cannot comprehend why their children do not value them. 21st-century parenting is about being involved in your children’s life. Don’t carry the baggage of your parent’s marriage into your future. Even if you never had a good father figure, you can be a better father to your children. We need to improve how we manage our homes in this generation. These myths about fatherhood shouldn’t limit us. 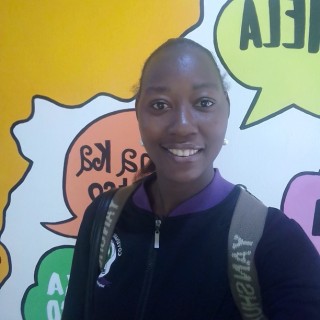 I am a Christian who is passionate about improving the lifestyle of believers. I am a mom of two children, a teacher and a web developer.

← Prev: Important things to buy for a newborn baby Next: 13 Examples of Red flags in a Relationship →

There are lots of self-care ideas for moms to facilitate better mental health; this article focuses on things I’ve tried that worked for me.

I believe prayer in pregnancy helps to relieve stress and anxiety. As Christians, it is essential to pray for healthy pregnancy. Prayers open your heart to God and tell Him your worries.

13 Examples of Red flags in a Relationship

Relationships are crucial but finding the right people is more important. There are subtle signs of red flags in a relationship that shouldn’t be ignored.